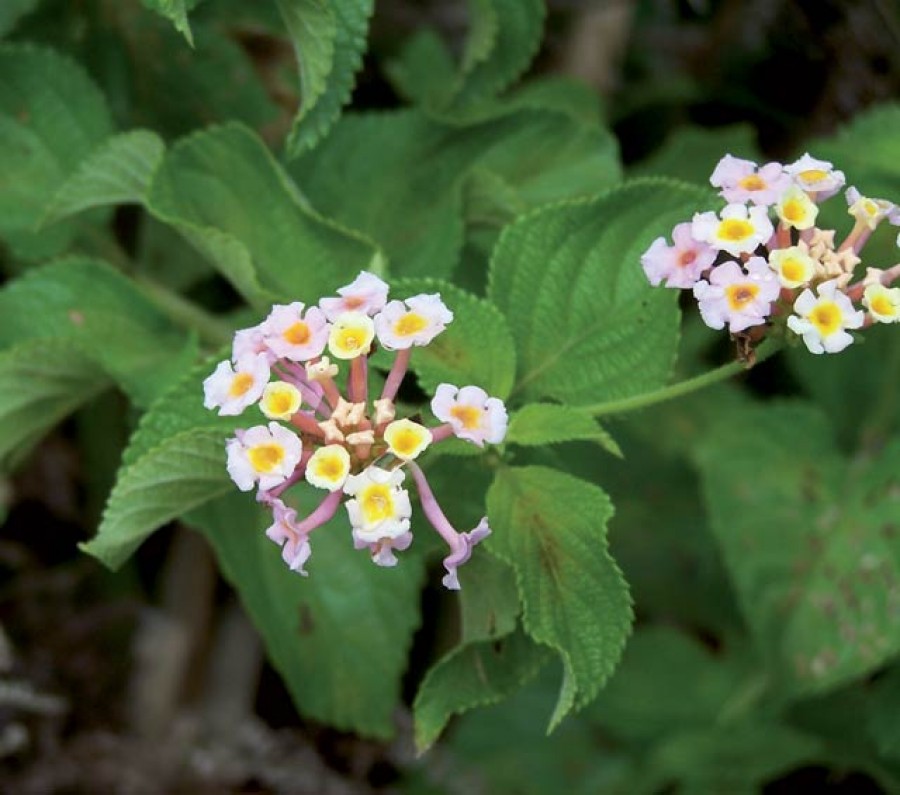 is poisonous to animals and humans
invades native grassland and pastures
invades eucalyptus and pine plantations
fuels bushfires
can restrict access to bushland and waterways
costs land managers more than $22 million each year to control.

All parts of the plant are poisonous if eaten and can cause:

All types and parts of lantana are considered poisonous to stock. Red-flowered lantana is most dangerous. Stock poisoning is common. It happens most when new animals are introduced into lantana areas and there is no other feed. Cattle used to grazing lantana-infested land are less likely to eat it.

Early symptoms of lantana poisoning include:

Stock usually die 1 – 4 weeks after symptoms appear. Death is slow and painful from liver and kidney failure. Some animals have heart damage.

Lantana is a usually a dense shrub, although it can drop its leaves in dry times. It usually grows from 2 – 4 m high but can scramble up into trees. There are five main types with different flower colours: pink, red, orange, white and pink-edged red. Red lantana has pricklier stems and darker green leaves than pink lantana.

Successful weed control takes time and follow up efforts to monitor and suppress weeds. A combination of control methods is usually needed.

The weed is extremely invasive and can quickly overtake pastures once established. It contains pyrrolizidine alkaloids, which are toxic to stock – particularly cattle and horses. How does this weed affect you? Fireweed invades pastures and disturbed areas. It: reduces productivity ...  read more