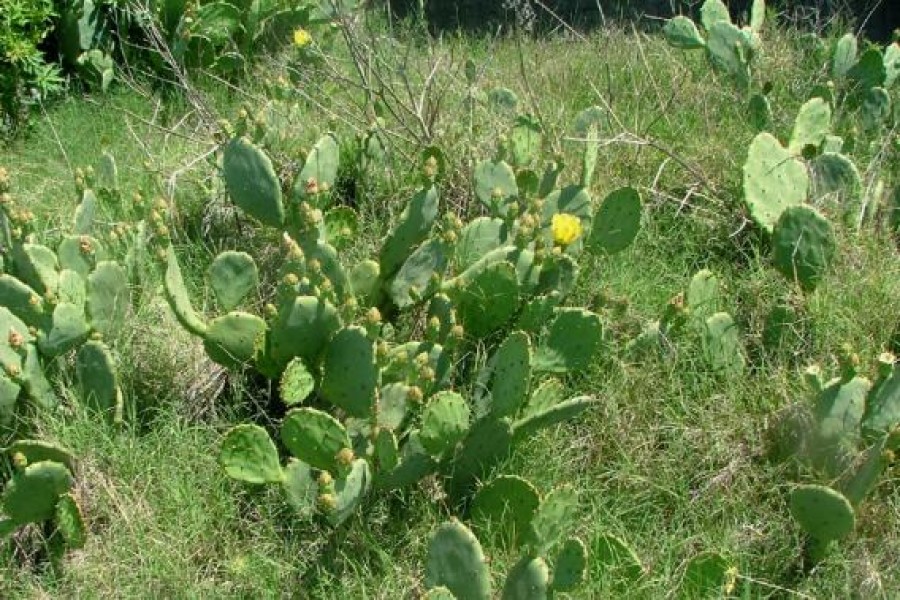 'Prickly pear' is a general term used to describe the Opuntia species, members of the Cactaceae family. Native to the Americas, prickly pear is a spiny, drought-resistant succulent that rapidly invades pastures and natural areas and overwhelms other vegetation.

Prickly pears include a number of plant species that were introduced and have become invasive in Australia.

Prickly pears (mostly Opuntia Stricta) were imported into Australia in the 19th century for use as a natural agricultural fence and in an attempt to establish a cochineal dye industry. Many of these, especially the Tiger Pear, quickly became widespread invasive species.

How it is spread

What does it look like? Tiger pear is a spreading or climbing cactus that rarely grows taller than 40 cm without support. It can grow up to 2 m high by climbing on other plants. How does this weed affect you? Tiger pear has sharp, barbed spines up to 5cm long that: cause painful injuries to pe...  read more

Beautiful day in Central Queensland.Love our work.We are treating regrowth timber, lantana and mimosa.If you need help with Noxious Woody Weeds and Timber Control at your place, then please Contact Us...  read more